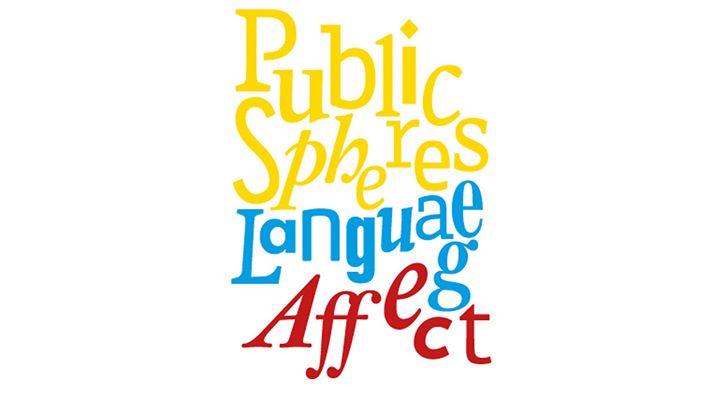 Recent years have witnessed substantial transformations of the public sphere that are driven by processes of transnationalization, migration, and digitalization and in turn significantly fuel social and political change. The public sphere continues to be the most important space where these processes and changes and their implications for social coexistence, belonging, and solidarity are debated and negotiated by various actors. Traditional views have portrayed the public sphere as a locus of language-based communicative rationality, deliberation, and the exchange of different views and arguments. The international conference Public Spheres of Resonance: Constellations of Affect and Language will question these normative conceptions and proposes to conceive of contemporary public spheres as often fragmented spaces of affective resonance that emerge from the power of language to affect and to ascribe and instill collective emotion.

This is not a self-evident conjecture because most affect theories suggest to conceive of the social not primarily in terms of language, discourse and conceptual thought, but instead as an assemblage of bodies and their capacities to affect and be affected. Although this is a fruitful correction of existing bias towards overreliance on linguistic categories in the humanities and social sciences, it often oversteps the mark in its disregard for language. Language, in particular in a pragmatic sense and much like affect, is a genuinely relational category in its capacity to convey meaning. However, meaning is not restricted to propositions and denotations but critically involves connotative, associative, and bodily sources.

The conference Public Spheres of Resonance: Constellations of Affect and Language therefore assumes that language not only conveys, represents, and attributes emotions, but also has the capacity to affect and to establish affective resonance, in both consonant and dissonant ways. The conference will investigate this power not only for spoken language, but also for different types of texts as the constituencies of different public spheres (including counterpublics) in which the terms and conditions of social coexistence are reflected and negotiated, for instance politics, media, and the arts. The conference focuses on issues of belonging, the recognition and accommodation of difference, equality, and solidarity and investigates how affect and emotion interfere with, undermine, or fortify established and esteemed rules of political engagement.