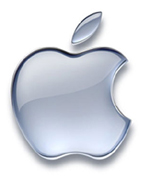 Apple are trying desperately to force the growth of a new ecosystem — one that rivals the 26-year-old Macintosh environment — to maturity in five years flat. That’s the time scale in which they expect the cloud computing revolution to flatten the existing PC industry. Unless they can turn themselves into an entirely different kind of corporation by 2015 Apple is doomed to the same irrelevance as the rest of the PC industry — interchangable suppliers of commodity equipment assembled on a shoestring budget with negligable profit.

Why is this strategic for Apple?

Because Siri hooked up APIs from around the world in a very cool personal assistant. It was one of the first apps I loaded on my iPad. Why? Because you could talk to it with your voice and have it do things from getting you a taxi to having it buy movie tickets for you.

The value in unlocked is huge. This shows Apple is very willing to buy its way into the new mobile web and the new API-driven web. This also could be a major cornerstone in how it competes with Google.